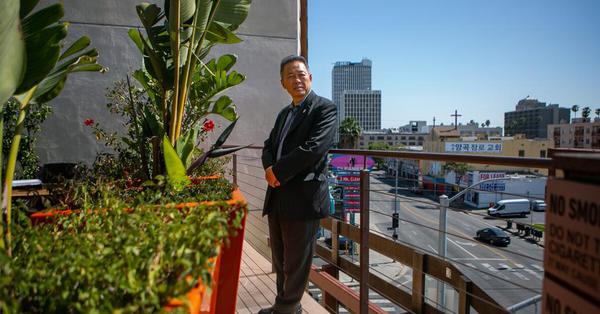 Thirty years after it burned, Koreatown has transformed. But scars remain

When the city started to burn, James An’s mother was driving her new BMW in South L.A. An was 12 years old, but he knew the luxury car — and her Korean face — could make her a target. He called her car phone and urged her to “get the hell out.” On the radio, he heard business owners pleading for police protection as their livelihoods vanished in front of their eyes. On television, he saw much of Koreatown on fire, including an electronics store he loved, half a mile from his family’s Korean-C 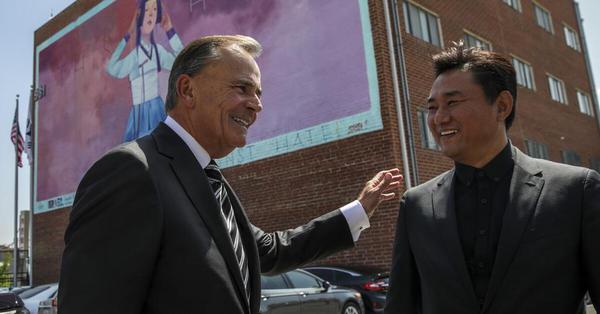 In November, Kevin de León convened a press conference for the Korean-language media. “Annyeonghaseyo” — hello — he greeted the journalists before making the case for why he should be Los Angeles’ next mayor. If elected, he will appoint a Korean American deputy mayor, he said. Last week, another mayoral candidate, Rick Caruso, rolled out Korean-language ads, touting himself as the only one who can “clean up” the city. Karen Bass has met with Filipino and Korean residents, among others, as her 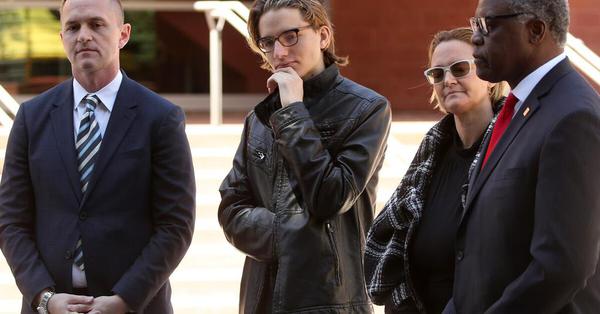 It is a dilemma often faced by debate organizers — where to draw the line between “major” and “minor” candidates. Is it polls, fundraising, political resume or some other “it” factor that determines who will square off onstage? On Tuesday, four candidates for L.A. mayor demanded to be included in a May 1 debate organized by Cal State Los Angeles and the League of Women Voters of Greater Los Angeles. A poll released Monday showed two clear front-runners — billionaire developer Rick Caruso and 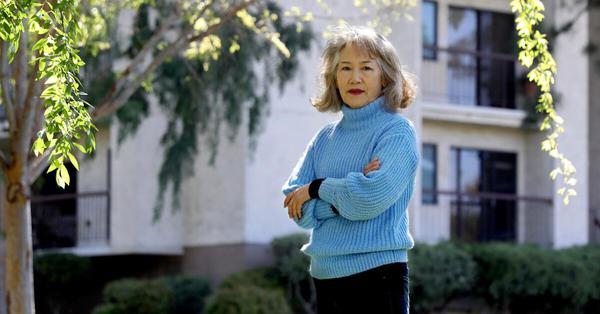 Becky Chen decided it was finally time to talk to her mother about racism. A gunman had just killed eight people, including six of Asian descent, in the Atlanta area. It was the latest in a string of attacks on Asians in the U.S. since the COVID-19 pandemic began. Chen, a student at Arcadia High, was so nervous that she framed the conversation as an interview for an essay she was writing. In addition to anti-Asian racism, she wanted to bring up her mother’s attitudes toward Black people and L 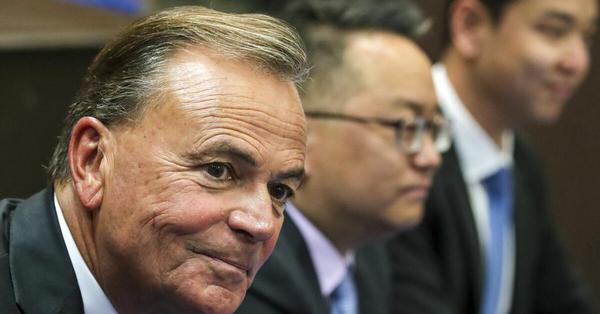 Standing on a debate stage for the first time last week, Rick Caruso said Los Angeles was experiencing some of the worst crime in the city’s history. The statement was not accurate. Not by a long shot. But the sentiment Caruso is trying to convey — that the city is in dire straits, with a populace plagued by fear — is central to his insurgent campaign for mayor. While nowhere near its 1990s peak, violent crime in the city has risen over the last two years. That upswing — along with a string o 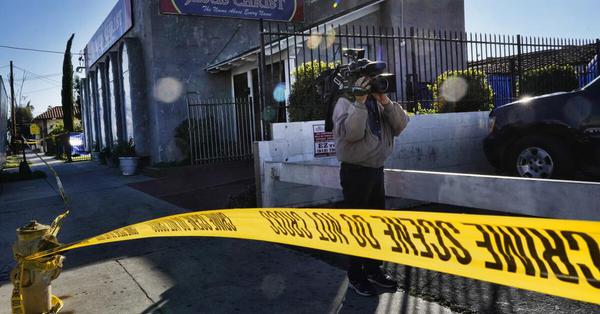 A Los Angeles paralegal has agreed to plead guilty to helping a Philippines-based church commit immigration fraud by setting up sham marriages, and whose unwitting victims were then forced to solicit donations in the U.S. to finance the lavish lifestyle of church leaders, federal prosecutors said Friday in court documents. Maria De Leon, a 73-year-old resident in Koreatown who owned and operated Liberty Legal Document Services, could be sentenced to up to five years in federal prison, prosecuto 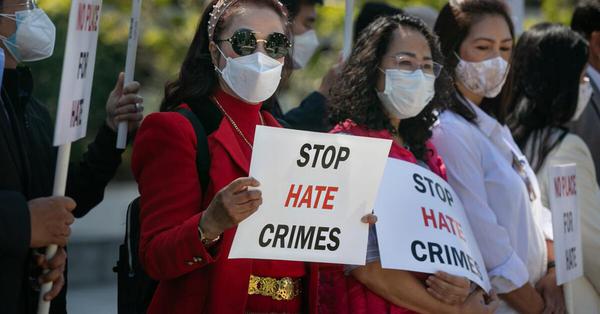 Good morning, and welcome to the Essential California newsletter. It’s Wednesday, March 16. I’m Jeong Park, a reporter covering Asian American communities, filling in for Justin Ray. Today marks the first anniversary of the Atlanta-area spa shootings in which a gunman killed eight people, including six women of Asian descent. The shootings happened more than 2,000 miles from Los Angeles. But for so many Asian Americans in California, including myself, the attack felt like it happened next door 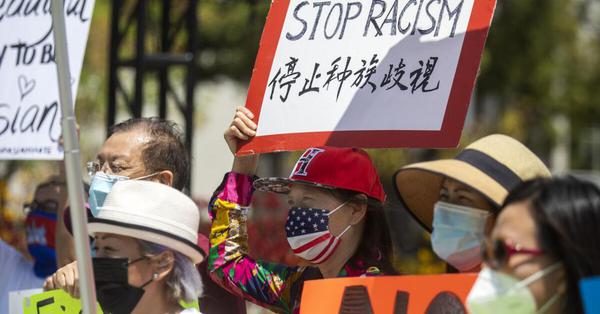 Two-thirds of Asian Americans in Los Angeles County are worried about being a victim of a racial attack, and a strong majority want police funding increased or kept the same, according to poll results released Tuesday. The poll also found high political engagement, with 92% saying they were very or somewhat likely to vote in this year’s midterm elections. Asian Americans make up 11% of registered voters in L.A. County and 9% in the city of Los Angeles. In a busy and competitive election seaso 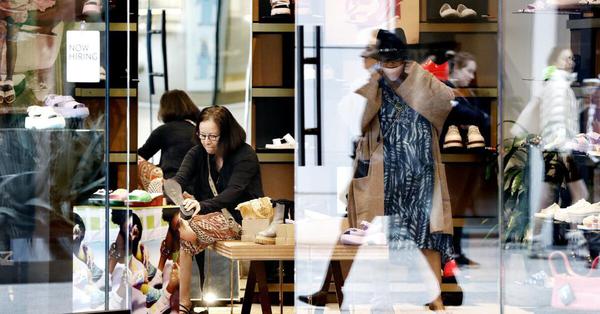 Ana Arriaga spent her shift at a Larchmont Village juice shop admiring the return of a small joy she’d learned to live without. “Finally,” she said, “we get to see people’s smiles.” It was midday Friday — half a day since the mask mandate for many indoor locations across the region, including shops, gyms and movie theaters — and Arriaga, a manager at Kreation Organic Juicery, couldn’t help but feel that this was a reassuring step toward a state of normalcy she had long been craving. L.A. Coun 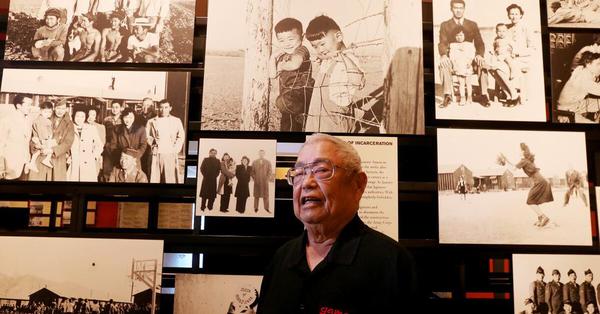 How to remember the Japanese incarceration, 80 years later

Akemi Leung knew her grandfather had been incarcerated at the Poston camp in Arizona during World War II. But he never spoke much about it. Only when she read and watched a video of his testimony at a congressional commission hearing did she learn more about what he suffered as one of more than 120,000 Americans of Japanese ancestry forced to leave their homes and live in concentration camps. “I just knew him to be a quiet person who liked to observe more than talk,” Leung said. “Seeing th 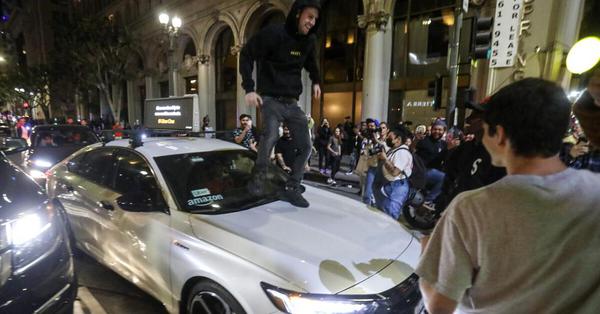 Police crack down on unruly Rams fans in downtown L.A.

Police issued a dispersal order and shot projectiles after some revelers who gathered in downtown Los Angeles to celebrate the Rams’ Super Bowl win grew unruly. Many of the hundreds of fans who converged near L.A. Live by 8 p.m., including Michael Gillette, 31, and his partner, just wanted to celebrate with the crowd. “It’s a wild night. We are glad we are here,” he said. “In L.A., we aren’t tearing things down, we are building things back.” But at 11th and Hope streets just before 9 p.m., pol 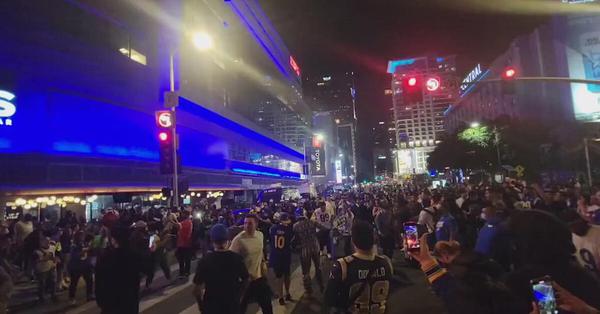 100s of Rams fans converged in downtown L.A., leading to police crack down

100s of Rams fans converged in downtown L.A., leading to police crack down Police issued a dispersal order and shot projectiles after some revelers who gathered in downtown Los Angeles to celebrate the Rams’ Super Bowl win grew unruly. 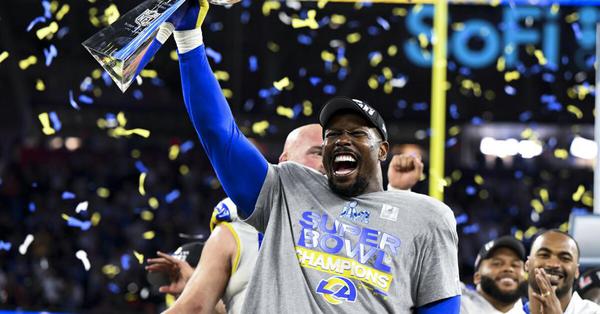 Julian Ochoa had a lot of pent-up anxiety by the fourth quarter of the Super Bowl, and it shot through the roof when Joe Burrow and the Bengals got the ball back with a little over a minute to play. But when the Rams’ defense held firm on fourth down, the stress gave way to pure joy. “That was it,” said Ochoa, a Lynwood native who now lives in Arizona, as blue and gold confetti fell from the rafters. “Game over.” Ochoa traveled to Atlanta to watch his team the last time they played for a title 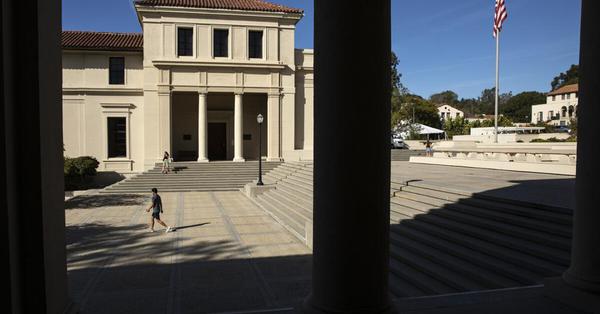 In late 2020, an Occidental College student sent a text message to a friend that read: “all asian people need to die.” She followed with another text saying Asians are “responsible for the pandemic so they need to die for that too.” A year later, in October or November, the friend reported the text exchange to Occidental officials and her sorority, setting off a controversy that has roiled the small liberal arts college in Eagle Rock, as students question what they see as a delayed and inadequ 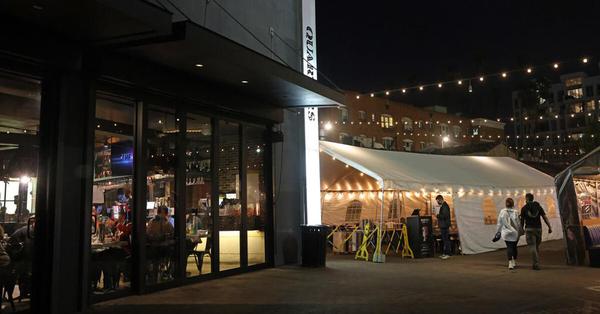 On a recent Friday night, people clustered outside Quarters Korean BBQ, checking their phones or chatting as they braved the hourlong wait. The restaurant, which occupies a stylish, modern space on 6th Street in Koreatown and serves fusion dishes such as Korean nachos as well as traditional Korean barbecue, is so popular that it has stopped accepting reservations. An outdoor dining area is a nod to the COVID-19 pandemic. But even the Omicron surge has not diminished the crowds waiting to get i 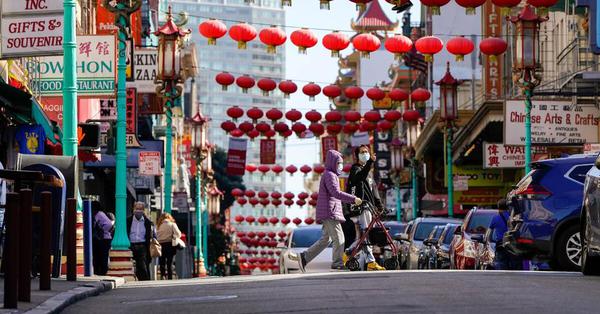 Dennis Casey Wu, a student at Lowell High School in San Francisco, did not know much about his city’s history of racism against Chinese Americans. But when he saw nearby Antioch apologize for the 1876 burning of its Chinatown by white residents, he thought: What about San Francisco? Wu and his friends started researching. They concluded that San Francisco also needed to apologize to Chinese Americans. They took their proposal to the city’s Board of Supervisors, which unanimously approved the a
Sacramento Bee • 15th December 2021

More women than men were appointed to California corporate boards in 2021. Here’s why

California’s publicly traded companies appointed more women than men to their boards in 2021, likely for the first time ever, according to a report from the California Partners Project released Wednesday.
Load More Articles
Close ✕